PentaBase’s proprietary technology, Intercalating Nucleic Acid® (INA®), is a hydrophobic base analog that is incorporated into oligonucleotides without replacing any nucleotide in the oligonucleotide sequence. The integrated INA® enhances the stacking effect of the DNA helix, which increases affinity, sensitivity and specificity of the oligonucleotide.

Reverse-phase HPLC purifies all PentaBase probes to give the purest products. Primers are also purified by reverse-phase HPLC and desalting and removing the final DMT group. Desalting removes residual by-products from the different processes.

Every probe from PentaBase is strictly controlled for quality and fluorescence potential in an affinity test. To do this test, we synthesize a complementary oligo target and run a melting curve from 95°C to 35°C. The figure shows the result of such a test. The red curve shows the probe in the presence of its complementary target, and the yellow line shows the probe without a target. Halfway down, the dip in fluorescence of the red line corresponds to the melting temperature of the duplex. The exact melting temperature of the probe-target duplex is found by calculating the inverted derivative of the curve. 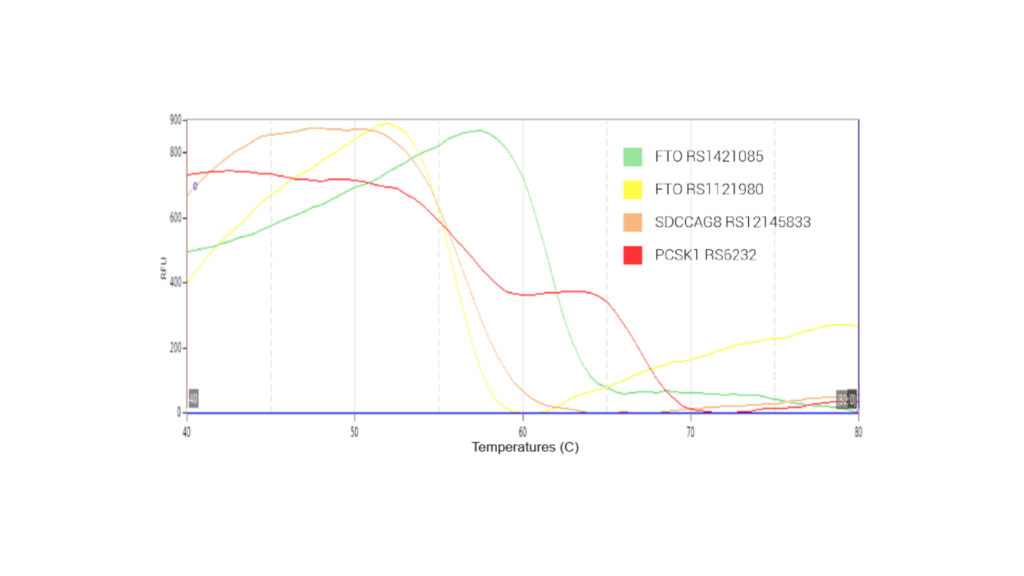 We use our PCR technology to create custom DNA oligos, primers, probes and NGS adapters. We guarantee superior quality and results in your work. 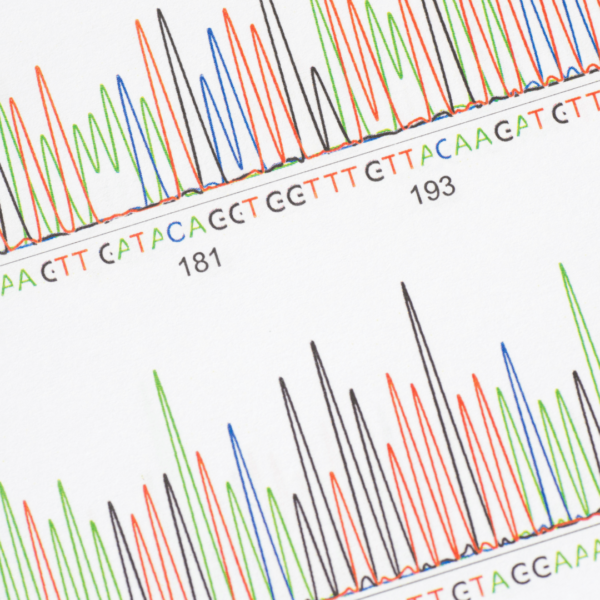 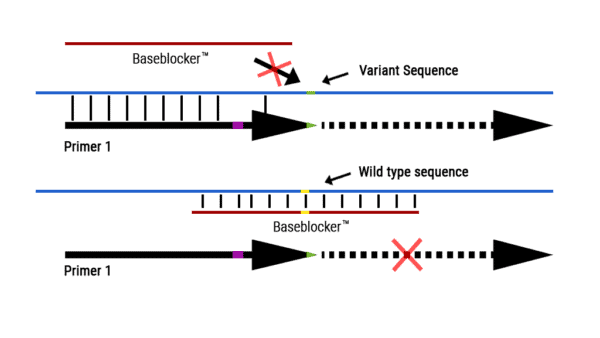 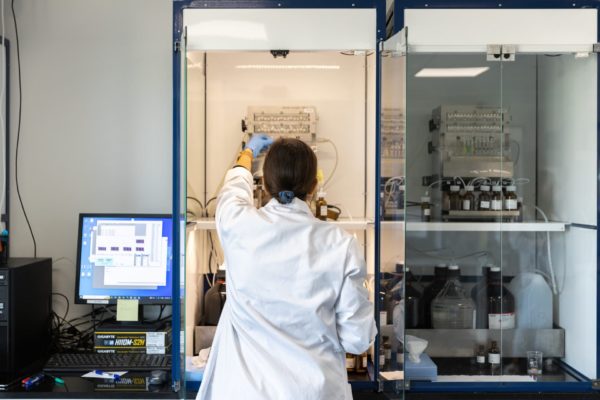 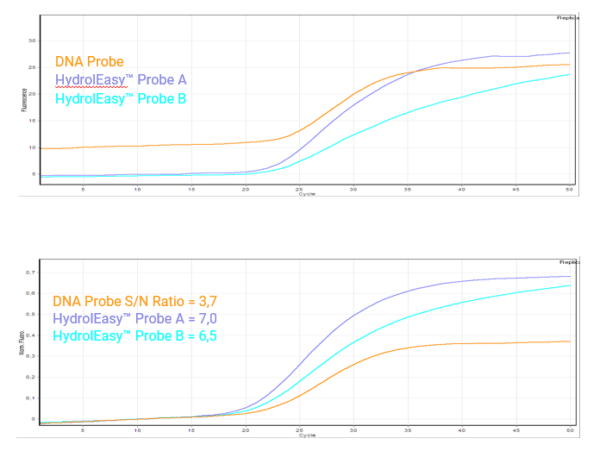 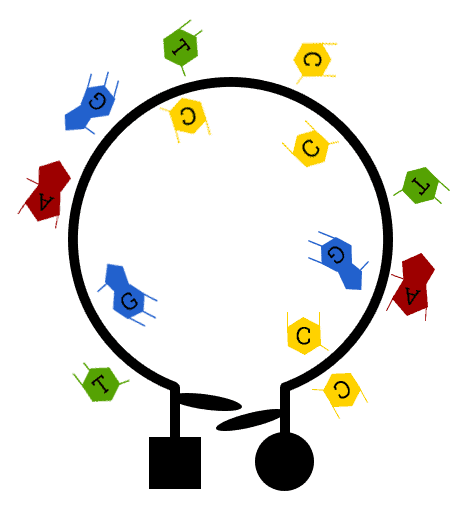 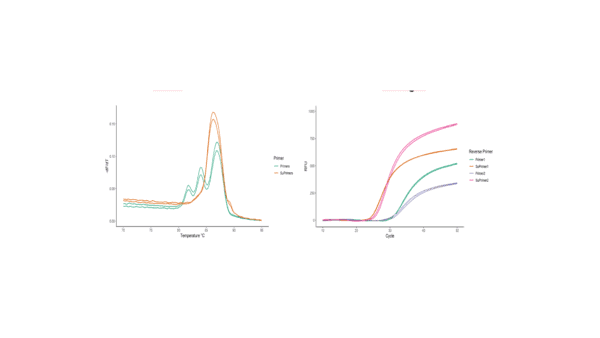 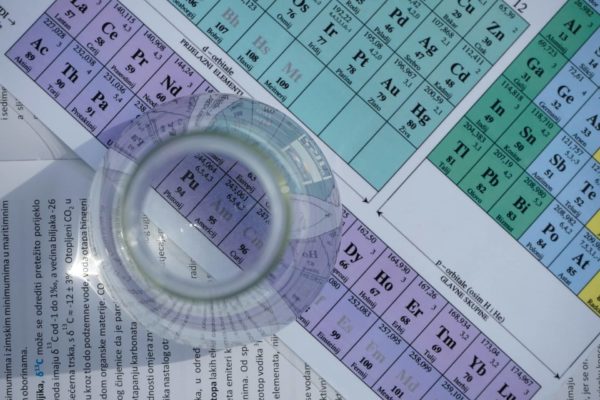 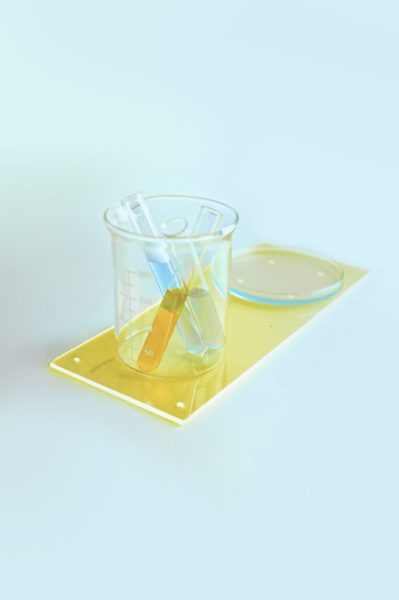 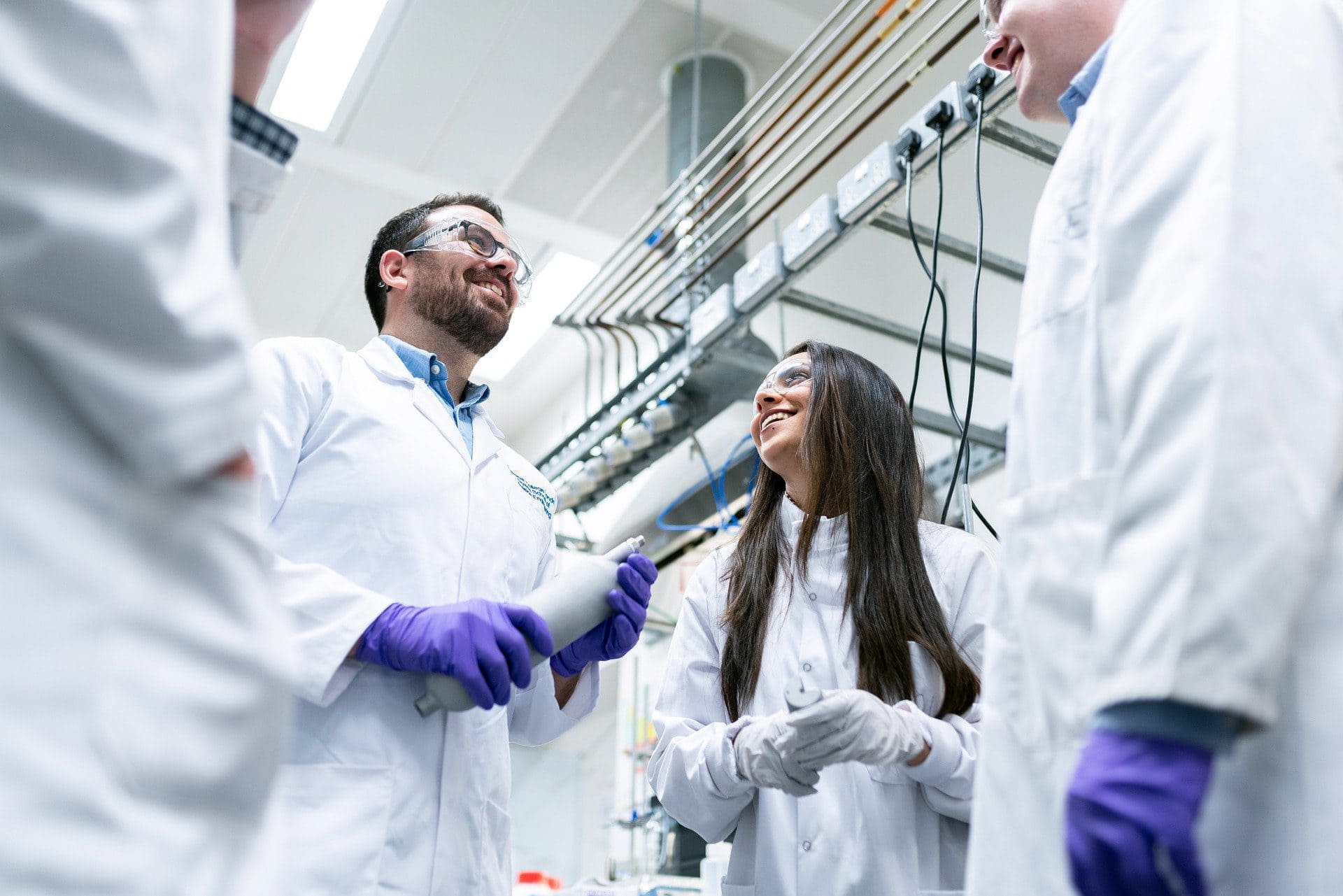 If you have further questions regarding our technology or service, you can get in contact with our product specialist, who will be able to assist you.